“I’m not the least in doubt that, although this is a very risky investment, it also holds the potential to become huge,” said Lars Seier Christensen to the Danish Broadcasting Corporation.

Sparrow Quantum was founded by two researchers from the Niels Bohr Institute in Copenhagen Science City, Peter Lodahl and Søren Stobbe. They are currently working on a chip that can prove to be the essential component in the quest to build a quantum computer.

“We are working to create a quantum internet that can be used to perform gigantic calculations of large and complex problems that normal computers lack the processing power to solve,” said Professor Peter Lodahl from the Niels Bohr Institute in a press release from Innovation Fund Denmark.

The research in quantum technology holds a wide range of potential. With the new centres, we are creating a basis for strengthening Danish research in the field. A number of Danish and foreign companies declared their interest from the very start of the centre. So it’s good for both Danish research and Danish businesses. I’m really looking forward to following the centre’s work in the future.

Sparrow Quantum Technology is a privately owned quantum-technology company developing and commercializing quantum devices for the quantum-computing and quantumencrypting markets. The company is a spin-out from the Nils Bohr Institute at Copenhagen University and is currently looking for new qualified employees. 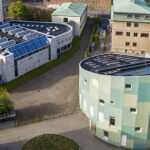 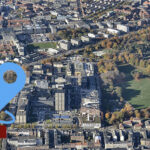 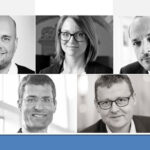